We look forward to participating at the 2023 World Ag Expo in Tulare, California on February 14-16 and are honored to be selected as winners of the Top-10 New Product Competition!

Weighing in on the accomplishment of winning Top-10 prize, General Manager of Tevel USA Ittai Marom said, “Thank you to the panel of judges of the World Ag Expo for recognizing our autonomous harvesting solution in this distinguished list of winners. With 3 out of 10 winners hailing from Israel (Tevel, BlueWhite, BeeWise) this is an incredible testament of Israeli innovation being at the forefront of the global agtech industry. Joining forces with the visionary team of S&S Metal Fabrication allowed us to propel this breakthrough innovation forward to the U.S. market.”

In booth P10, Tevel will showcase the autonomous harvesting system together with S&S Metal Fabrication. The system integrates eight of Tevel’s Flying Autonomous Robots™ on an S&S Alpha-1 platform harvester. Specifically developed to address the needs of the US market, the system is designed to work in different environments of modern 2D rows – whether in high-density fruit walls or V-trellis and is adaptable to different tree heights and row widths.

In booth U34-U38, Tevel will showcase an autonomous robotic system in collaboration with Vinergy. This agile system is comprised of two vehicles: Vinergy’s Rhino platform integrated with four of Tevel’s Flying Autonomous Robots™, accompanied by Vinergy’s Gopher iQ platform. This new product will be fully electric with an autonomous navigation software, and designed to perform multiple applications in the orchard.

The World Ag Expo is the largest annual outdoor ag tradeshow in the world. Spread over 2.6 million square feet, it attracts more than 1,200 exhibitors and an estimated annual average of 100,000 individuals from 70 countries. 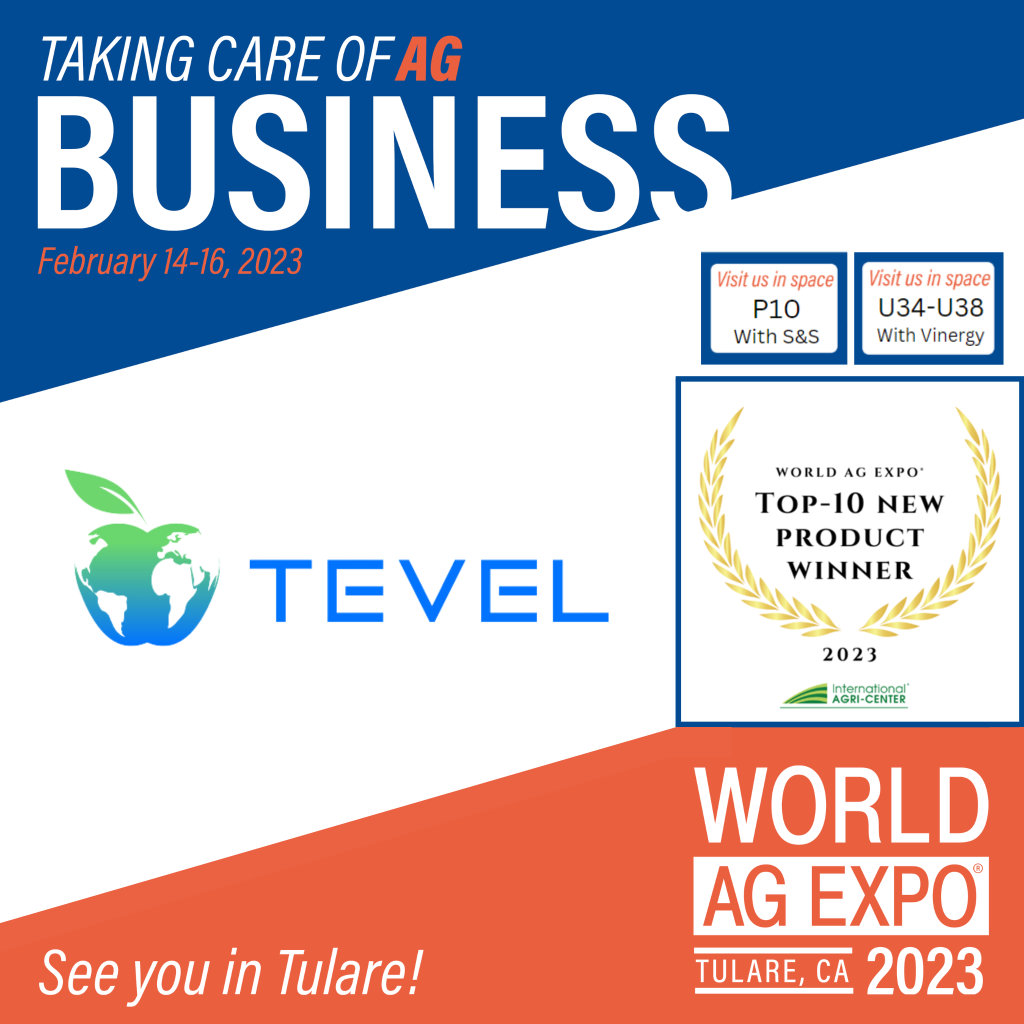